The principle of anatumomab mafenatox in the treatment of tumor is mainly based on tumor-targeted superantigen. Superantigens refer to a class of retrovirus proteins and bacterial exotoxins that bind directly to MHC and T cells of antigen-presenting cells and activate T cells without antigen-presenting cells. When such antigens exist in trace amounts, a large number of T cells can be activated. It has been found that superantigen can produce superantigen-dependent cytotoxicity on MHC-Ⅱ+ tumor, and at the same time produce a large number of cytokines, thus mediating the anti-tumor effect. Anatumomab mafenatox plays an anti-tumor role through targeting tumor-associated glycoprotein 72 (TAG-72). TAG-72 is a glycoprotein found on the surface of tumor cells with a molecular weight of more than 1000 KD. It has been found on the surface of a variety of tumor cells, including ovarian cancer, breast cancer, colon cancer, lung cancer and pancreatic cancer. Studies have found that TAG-72 is highly expressed in most malignant cancer tumors, so it is also considered as a tumor marker. Immunoradiometric assay for TAG-72 can distinguish benign from malignant diseases, which provides a basis for the detection and diagnosis of cancer. The mechanism of anatumomab mafenatox is to kill tumor cells and mediate anti-tumor effect through antibody-mediated cytotoxicity and tumor superantigen. 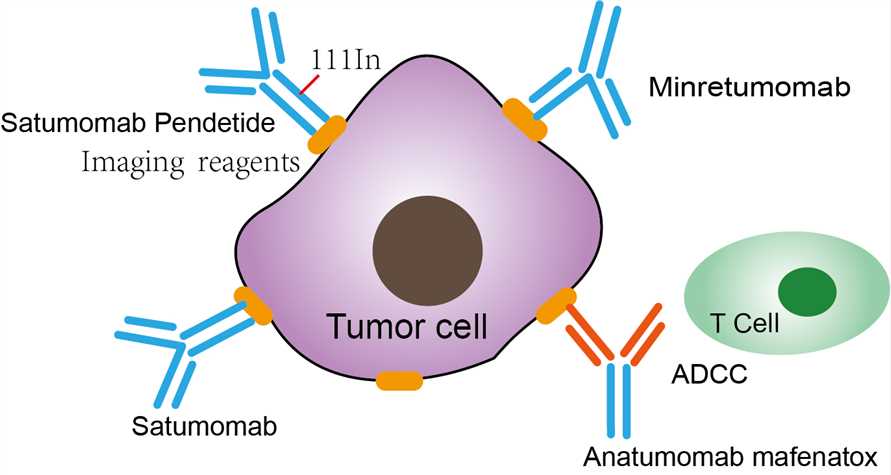