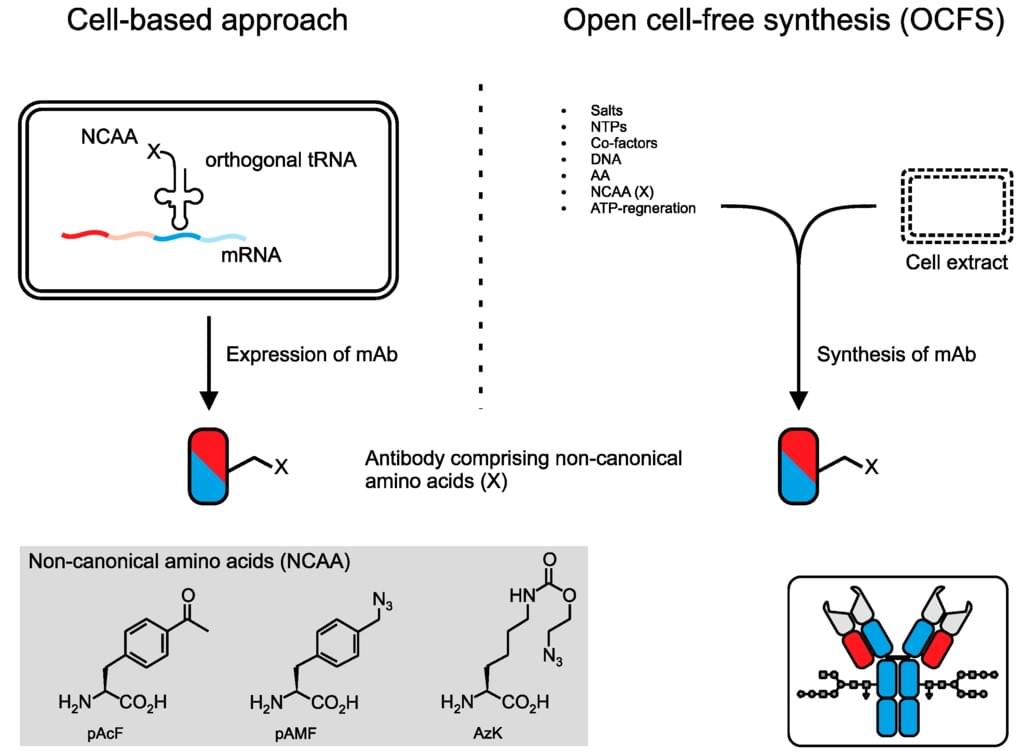 Compared to natural amino acids, unnatural amino acids are useful as chemical handles for bioconjugation due to their unique chemique properties. Up to now, it is reported that over fifty unnatural amino acids have been incorporated into recombinant proteins successfully. In order to incorporate non-canonical amino acids (NCAAs) to exact localization and the number of which in the resulting recombinant protein can be controlled and changed easily, the antibody sequence should be rearranged. NCAAs, such as p-acetophenylalanine (pAcF), p-azidomethyl-L-phenylalanine (pAMF) and azido-lysine (AzK), are valuable handles for site-specific protein labeling and widely researched. Their side chains provide novel reactivity to conjugate drugs. For instance, incorporating pAcF into a protein provides ketone moiety to react with an aminoxy nucleophile to yield an oxime linker or pAcF is used to incorporate the azide moiety. Whatever NCAAs used during site-specific conjugation, incorporating them to the antibody is the first step. There are two approaches used to incorporate NCAA into antibodies. One is cell-based approach, it relies on the introduction of an orthogonal tRNA/aminoacyl-tRNA synthetase (aaRS) pair coexpressed with antibodies, which is completed by co-transfection the plasmid coding for the orthogonal tRNA/aaRS. Moreover, based on the method, two distinct NCAAs can be incorporate into the same antibody, which endows the antibody to conjugate toxins with different cell-killing mechanisms, thereby increasing the potency of ADCs. The other alternative approach technology is open cell-free synthesis (OCFS). In contrast to the cell-based approach, this approach use mixed cell extract instead of intact living cells with chemical substrates, an energy regeneration system and the corresponding DNA template to synthesize antibodies. The NCAA displaying antibodies expressed by different systems can then be site-specifically modified with a drug to generate homogeneous ADCs.

There are various strategies used for antibody modification and conjugation: