This section summarizes the definition and classification of recombinant antibodies, as well as their advantages over conventional monoclonal and polyclonal antibodies.

Antibodies are groups of globular proteins of serum/plasma, which are also known as immunoglobulins. Antibodies "react" specifically with antigens that trigger the generation of those specific antibodies. The "antibody" and "immunoglobulin" are used interchangeably in the literature. Immunoglobulin can represent any antibody-like molecule regardless of its antigen-binding specificity.

Antibodies, considered as the workforce for a humoral response, perform two major functions: (1) target recognition via the Fab portion and (2) antigen elimination/effector function via the Fc portion. The ultimate aim of antibody response is to neutralize or eliminate any threat encountered by the immune system. Antibodies are part of the adaptive immune response, which, therefore, is specific against the threat/infection; specific antibodies bind to antigens with high affinity. These two characteristics make antibodies ideal tools for a variety of purposes in scientific and medical research.

What Are Monoclonal Antibodies?

Monoclonal antibodies (mAbs) are highly homogeneous antibodies produced by a single B cell clone directed against a certain specific epitope. mAbs are usually prepared by hybridoma technology that is based on cell fusion - by fusing sensitized B cells with the ability to secrete specific antibodies and myeloma cells with unlimited reproductive ability into hybridoma cells. A single hybridoma cell is used to grow a cell population to produce a specific antibody against an antigenic epitope, that is, a monoclonal antibody.

Monoclonal antibodies are the dominant group of recombinant proteins used in human therapy. These proteins were first successfully developed by Köhler and Milstein in the mid-1970s and published in 1975 free of intellectual property (IP) rights, who produced a method for B-cell immortalization and the production of monoclonal antibodies. They fused mouse myeloma cells that can be cultured and proliferated in vitro with pure mouse B cells immunized with antigen to form a hybrid cell line, which not only has the characteristics of tumor cells being easy to proliferate indefinitely in vitro but also can form antibodies. The hybridoma can be cultured as a single cell to form a single cell line, that is, a single clone. Using the method of culture or intraperitoneal inoculation of mice, a large number of high-concentration and very uniform antibodies can be obtained, whose structure, amino acid sequence, specificity, etc. are all the same. Antibodies secreted over time maintain the same structure and function. The mAbs have various applications in cell biology, immunology, biotechnology, and medicines. They are also being used as in vivo imaging techniques for different diseases.

What Are Recombinant Antibodies?

After the advent of monoclonal antibody technology, mouse-derived monoclonal antibodies have been applied to clinical treatment, which, however, are xenogeneic antigens to humans, and repeated injections can cause humans to produce anti-mouse antibodies, thereby weakening or losing their efficacy. Therefore, in the early 1980s, people began to use genetic engineering technology to prepare antibodies to reduce the immunogenicity of murine antibodies. These genetically engineered antibodies are termed recombinant antibodies, referring to antibody molecules expressed by transfecting appropriate recipient cells after processing and reassembling the gene encoding the antibody using recombinant DNA and protein engineering techniques according to different needs.

Humanized antibodies further expand the humanized region of antibodies based on the chimeric antibodies, and the proportion of humanization can reach 80%-90%, so that the antibodies can reduce the heterologous rejection of the human body during in vivo application process. The binding process of CDR and antigen is affected by the framework region (FR). The combination of animal-derived CDR and human-derived FR may change the spatial structure of the original CDR of the antibody, thereby reducing the affinity of the recombinant antibody to the antigen. When designing humanized antibodies, key amino acid residues in the human FR can be replaced with animal-derived FRs to reduce the impact on the CDR domains.

Using animal gene knockout and insertion to obtain antibodies is difficult and costly, and there is still a human rejection, so phage display technology emerged as times required. The variable region gene of the human antibody is inserted into the appropriate position of the phage coat protein structural gene, which is expressed along with the expression of the phage coat protein, and meanwhile, it is displayed on the phage surface with the reassembly of the phage. Fully human antibodies are then obtained through display library screening and cell expression.

Fully human antibodies have minimal immunogenicity to the human body and a wide range of applications in the treatment of diseases such as cancer, and are of great research and production value.

The molecular weight of small-molecule antibodies is only 1/12~1/2 of the size of a complete Ig, with strong penetrability and antigen affinity, which can be manipulated and edited by genetic engineering systems and mass-produced by various recombinant protein expression systems.

The production of recombinant antibodies can be divided into five steps:

Production systems of recombinant antibodies are listed below.

The table below shows a comparison between polyclonal, monoclonal, and recombinant antibodies.

We have developed proprietary procedures for Hi-Affi™ recombinant antibody production, with optimized library construction and screening procedures using hybridoma or phage display technology. We guarantee successful isolation of clones in a short time with high affinity up to the sub-nanomolar level. Bulk order from 1 mg to 10 g is also accepted. Advantages of our Hi-Affi™ recombinant antibodies are: 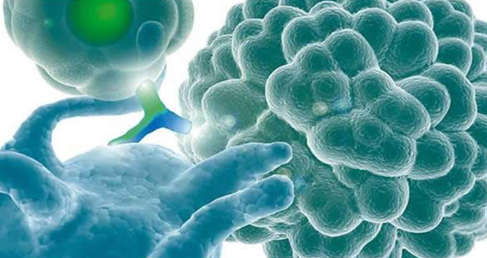 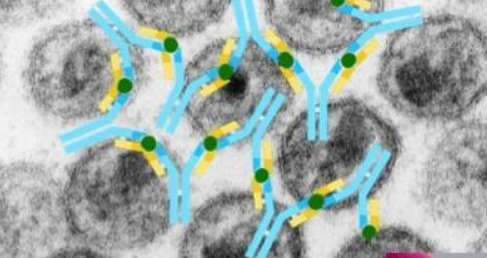 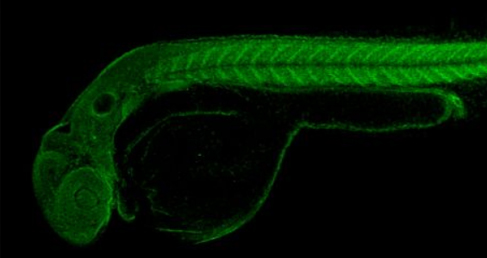 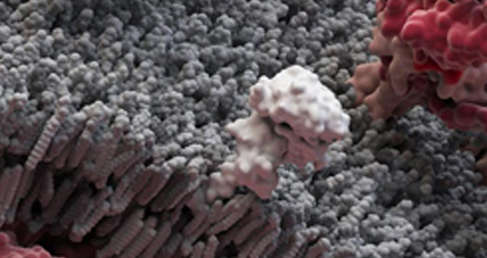 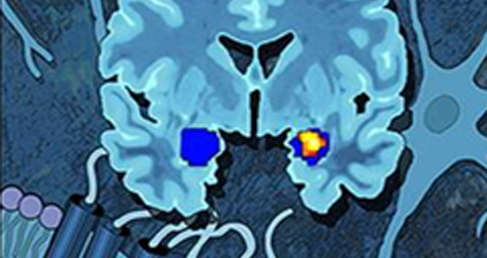 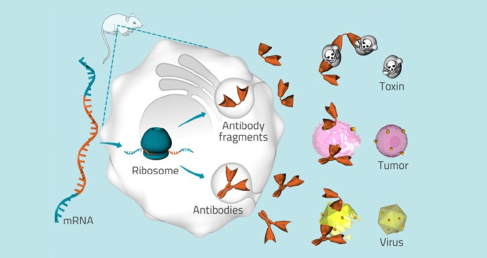 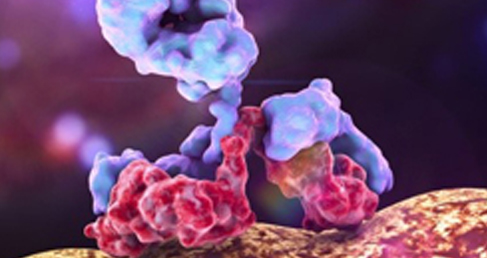 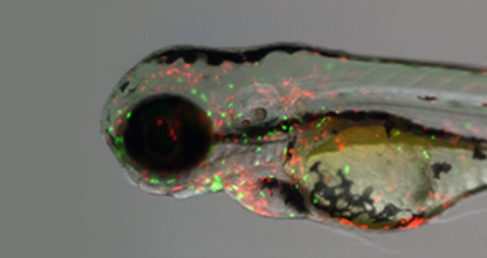 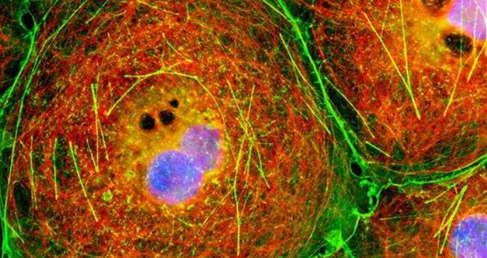 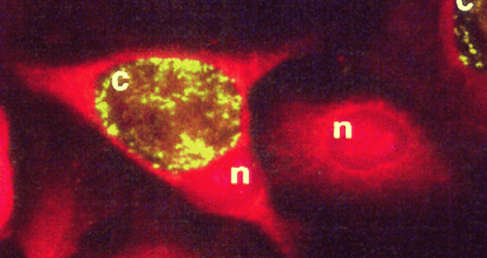 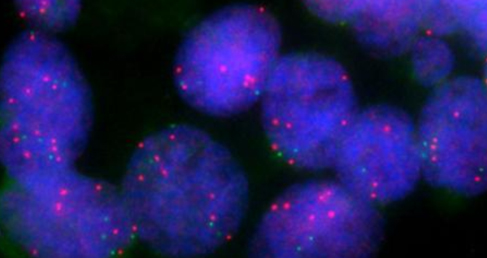 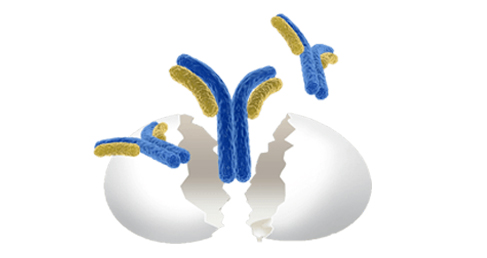 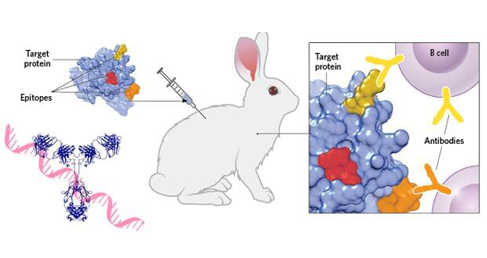