Highlighted by platforms of drug discovery and antibody engineering, Creative Biolabs has provided custom services in ADC development for many clients with individual requirements. For recent years, scientists from Creative Biolabs are committed to designing and performing different ADC constructs against various tumors. We have been dedicating ourselves to helping every custom to facilitate their projects in a highly productive and cost-effective way. You can count on us through your entire project. 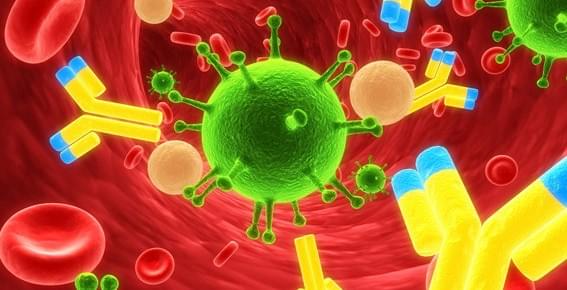 Antibody-drug conjugates (ADCs) have a complex structure with many moving parts; each of them has different properties and desirable characteristics. An ADC can be divided into three main structural units: the antibody, the payload (cytotoxic agent) and the linker. The monoclonal antibody (mAb) component binds to the target antigen on the surface of the tumor cell (HER2, CD72, CD21, CD40, etc). The ADC-antigen complex is then internalized into the cell by endocytosis and by virtue of intracellular conditions (acidic pH, gluthatione, etc), the ADC gets cleaved to release the cytotoxic drug to elicit the required pharmacological effects on its molecular target.

As an emerging novel class of anticancer treatment agents, ADCs combine the target ability of monoclonal antibodies with the cancer-killing of small molecule drugs. They are capable of selectively delivering cytotoxic chemotherapy drugs to targeted cancel cells. ADCs have been under investigation for decades, only recently with the advent of significant advances in engineering new linker technology associated with novel highly potent cytotoxic payloads has permitted the development of more effective and safe ADCs. Monoclonal antibodies have been proved to take an important role in cancer treatment with drugs such as pertuzumab, trastuzumab, rituximab and cetuximab becoming the standard of care in selected solid tumours and lymphomas. As the mainstay of anticancer treatment, classic chemotherapy demonstrates limited selectivity against cancer cells leading to a small therapeutic window, as a result limiting its efficacy.

The first FDA approved ADC was gemtuzumab ozogamicin (Mylotarg®), an anti-CD33 ADC for the treatment of acute myeloid leukemia. However, due to lack of target-dependence and narrow therapeutic index, this ADC was withdrawn from the US market. In recent years, two ADCs have been licensed, brentuximab vedotin and T-DM1, and are already establishing their favourable place in cancer treatment. In 2011, brentuximab vedotin (Adcetris®; SGN-35) was approved by FDA to treat Hodgkin lymphoma and systematic anaplastic large-cell lymphoma. This event was seen as a major breakthrough in ADCs development. In 2013, ado-trastuzumab emtansine (Kadcyla®, T-DM1) was approved for the treatment of HER2-positive metastatic breast cancer. A plethora of ADCs are being investigated in phases I and II trials, emerging data of which appears promising. As we deepen our understanding of what makes a successful ADC, an increasing number of ADCs will likely become viable and potential treatment strategy as single agents or in combination with chemotherapy. Based on rich experience in biopharmaceuticals and oncotherapy research for many years, Creative Biolabs can offer one-stop services to assist your researches in ADC development for both scientific and clinical purposes. We will design and select the most suited strategy evaluated based on efficacy and toxicity of an individual ADC construct depending on the antibody, drug, linker and tumor target.