With our versatile GlycoOpitimize™ platform, Creative Biolabs provide antibody glycoengineering service for our clients all over the world. We are able to produce glyco-optimized antibodies in a range of cell lines both for research quantities and in large scale. Other than antibody production, we also provide cell line development and downstream biopharmaceutical process development service. Creative Biolabs offers glycan analysis service for research, manufacturing & clinical development based on our optimally equipped laboratories as well.

Glycosylation, entailing the covalent attachment of carbohydrate moieties to specific biomolecules, is one of the most common post-translational modification mainly taking place in the endoplasmic reticulum (ER) and Golgi apparatus. About half of all proteins expressed in cells undergo this modification. Glycosylation generally has a major impact on the efficacy and stability of biopharmaceuticals. The CH2 domain of each heavy chain contains one conserved N-glycosylation site at Asn297, and approximately 1/5 of human IgGs have a second N-glycosylation motif in the variable region. Antibody glycoengineering is being developed as a method to control the composition of glycans and to enhance the pharmacological properties of therapeutic antibody, including physical stability, immunogenicity, pharmacokinetics and target recognition. For example, by removal of the core fucose residue from the Fc region of the antibody, the affinity of the antibody for receptors on immune effector cells is increased and the capacity to recruit immune cells, such as macrophages/monocytes and Natural Killer (NK) cells is significantly enhanced. This leads to more effective antibody-dependent cellular cytotoxicity (ADCC) and phagocytosis (ADCP) and thus the capacity of an antibody to trigger the death of targeted cells is improved. Conversely, autoantibody-driven inflammation can be suppressed by addition of terminal sialic acid residues to the Fc glycan. 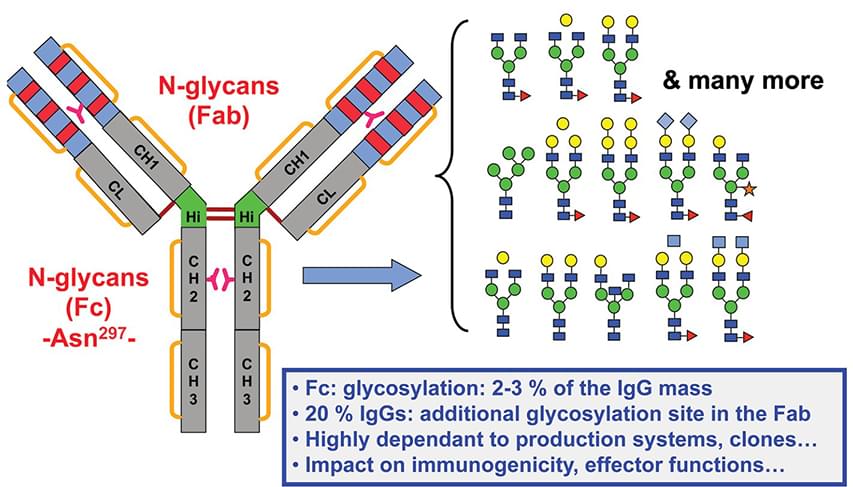 Our antibody glycoengineering service include but not limited to:

Heterogeneity in the N-glycans on antibodies and other biopharmaceuticals often result in poor process reproducibility and variable therapeutic efficacy. By glycoengineering method to eliminate or simplify the N-glycans, antibodies with less heterogeneous glycosylation will be obtained. The non- or simplified-glycosylated antibodies also have some distinct features, such as low initial clearance from serum and reduced effector functions.

Depletion of the core fucose residues from the glycans on the IgG Fc doman can lead to an up to 100-fold increase in ADCC activity. Our diverse antibody expression systems including mammalian or non- mammalian cell lines can offer our clients with multiple options and economically feasible solutions.

In vitro enzymic and chemo-enzymatic glycoengineering is an attractive method to prepare defined and homogeneous glycoforms of antibodies. This approach has been applied to the glycoengineering of various therapeutic antibodies, such as trastuzumab (Herceptin®). We offer antibody glycosylation remodeling service according to your demands.

We offer analysis service of the number, site and type of glycosylations by glycan staining or labeling, mass spectrometry-based glycopeptide mapping, etc.