In the components of an ADC (the payload, linker and antibody), payload is the crucial part with cytotoxic potency. In broad terms, payloads for ADCs can be small molecules (cellular toxins), protein toxins, proteins, enzymes and radionuclides. 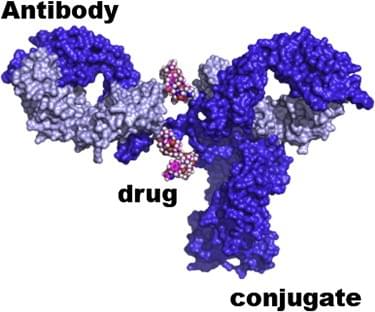 Monoclonal antibodies have been used as therapeutics for treatment of some diseases for many years. The establishment of ADCs overcomes the limitations of mAbs by addition of payloads which have special cytotoxicity or imaging function groups. In broad terms, the conjugates that can be linked to an antibody mainly include six types: small toxins, protein toxins (e.g. diphtheria toxin), biologically active peptide (e.g. GLP-1), cytolytic immunomodulatory proteins (e.g. Fas ligands), enzymes and radionuclides. Different payloads have their own mechanism of action to kill or image target cells, such as using cytotoxins, modification of the targeted microenvironment and extension of the half-life of natural proteins, etc. Among the conjugation, small molecules account for a majority in ADCs currently developed. There are myriads of cellular toxins in natural or synthesized, but only a few have been found adaptable for an ADC concept. The toxins that can be used as payloads should be soluble, amenable to conjugation, and stable. In order to trigger cytotoxic effect, payloads should have the following complex properties: they must have extremely high cytotoxic potency; the target must be located inside the cell; the molecular structure has to be small in size, reducing the risk of immunogenicity. Based on the modes of actions, payloads of cellular toxins in clinical trials fall into three categories: anti-mitotic (tubulin ﬁlaments damaging), DNA damaging or transcription inhibitors. The toxins targeting tubulin ﬁlaments include maytansinoids, auristatins, taxol derivatives, etc. In the group of maytansinoids, DM1 and DM4 are the most widely used in the antibody-maytansinoid conjugates that are in clinical trials. Auristatins and auristatin derivatives have strong antivascular effects and among which monomethyl auristatin-E (MMAE) and monomethyl auristatin-F (MMAF) are noteworthy. Taxoids have also been used in various conjugates with different tumor-targeting modules including polyunsaturated fatty acids (PUFAs) and monoclonal antibodies, etc. Calicheamicin, duocarmycin, CC-1065 analogs and duocarmycins are DNA-damaging agents and some of them have a long history of utilization in cancer chemotherapy. The mechanisms of these compounds include modifing DNA bases, intercalating between bases, or forming crosslinks in DNA. Amatoxins are a class of transcription-inhibiting agents. They bind to RNA polymerase II, leading to cell apoptosis. Besides toxins, nanocarriers can also be conjugated to antibodies. Nanocarriers have the capacity to deliver therapeutic agents to the disease site. Therapeutic nanocarriers include lipid-based particles, micelles, nanoparticles, dendrimers, and polymersomes, etc. Moreover, there are some ADCs in clinical trials using protein toxins, enzymes or radionuclides as payloads. Protein toxins function in the similar MOA (mechanism of action) with cellular toxins, they could inhibit protein synthesis and induce cell death. While enzyme-based ADCs alter the microenvironment of disease tissues to disturb their functions.