Acid-labile linkers are a kind of chemically cleavable linkers which are the first to be used in early ADC constructs. With long time experiences and advanced techniques and platforms, Creative Biolabs can still synthesize custom-designed acid-labile linkers with best quality in a highly productive and cost-effective way to develop ADCs. 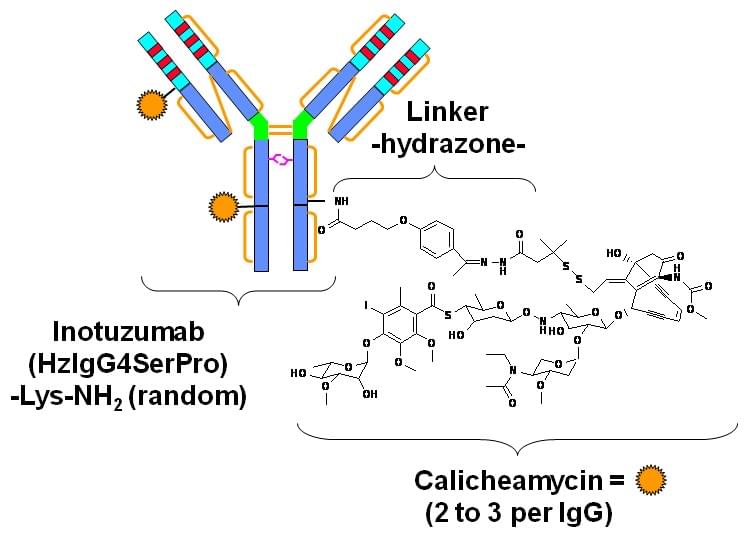 Hydrazonesand cis-Aconityl are the most widely used acid-labile linkers. A cis-aconityl linkage can be used to conjugate payloads, such as doxorubicin (DOX) and daunomycin (or daunorubicin), to carbohydrate hydroxyls groups of an antibody. An early doxorubicin-antibody conjugate was constructed by condensation of thiolated lysine residues of monoclonal antibodies with a 13-acylhydrazone derivative of doxorubicin. cis-Aconityl uses a carboxylic acid juxtaposed to an amide bond to accelerate amide hydrolysis under acidic conditions. Hydrazones were the first to be used in early ADC constructs. Hydrazones utilize amino acid residues on the antibody instead of the carbohydrate moieties for covalent attachment. These linkers have similar mechanisms to release drugs, that is, they retain intact and stable during systemic circulation in the blood’s neutral pH environment (pH 7.3-7.5) but to undergo hydrolysis and release drug once the ADC is internalized into mildly acidic endosomal (pH 5.0-6.5) and lysosomal (pH 4.5-5.0) compartments of the cell. This kind of conjugation was achieved through the carbohydrate residues of the mAbs after periodate oxidation, which improved the therapeutic index compared to the unconjugated drug. There have been many ADCs successfully constructed using acid-labile linkers. Gemtuzumab ozogamicin (Mylotarg), the first ADC approved by FDA, is an example that uses the hydrazone linker technology.

Acid-labile linkers belong to chemically cleavable linkers and have been developed in the early of ADC development with low serum stability and still used widely. Creative Biolabs provides acid-labile linkers to conjugate various payloads. Although great advances have been made in the development of the linker technology for ADCs, there is no general guideline for linker selection. Creative Biolabs can perform customized-design services for acid-labile linkers depending on the antibody, drug and tumor target. We will design and select the most suited linker evaluated based on efficacy and toxicity of an individual ADC construct.