As a potent class of cytotoxic drugs, duocarmycins have been successfully used for ADC generation. And Creative Biolabs has conjugated various antibodies to duocarmycins in targeted therapies of tumors. 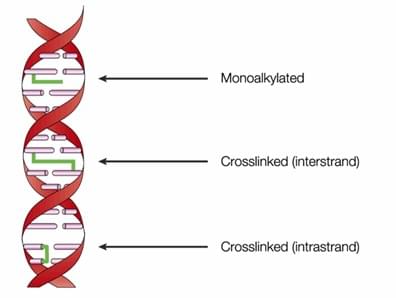 In ADCs, small molecules are covalently coupled to an antibody, allowing toxin to enrich in certain antigen positive tumor tissues and spare non-specific tissues simultaneously. The molecules that can act as payloads usually have complex properties, one of which is that their target must be located in the cells. Based on the concept, the payloads of ADCs developed now usually target tubulin ﬁlaments, DNA, RNA or other intracellular structures and several ADCs have been in clinical trials. Duocarmycins belong to the minor-groove-binding DNA-alkylating agents (DNA MGBA). The natural duocarmycins are isolated from the culture broth of Streptmyces sp. They are a major class of ADC payloads targeting DNA. Structurally, the DNA double helix forms two grooves, major groove and minor groove, which are present as a result of the geometric conformation of the two anti-parallel strands. Compared with the major groove, the minor groove is narrower and consists of fewer exposed base pairs. Alkylating agents, usually mono-functional methylating agents, are the oldest class of anticancer drugs still commonly used. They have the ability to react with guanine in DNA and the damage to the DNA of cells induces cell death via apoptosis. Duocarmycins have shown activity against various tumor models. A series of derivatives have also been synthesized and proved to be effective to inhibit cell growth. There are HER2-targeting ADCs with duocarmycin payload reported. These ADCs have similar binding affinities to HER2 and show similar internalization with T-DM1 (ado-trastuzumab emtansine, marketed as Kadcyla). Moreover, they show high potencies and efficacies in HER2 or HER3 positive cells. These results offer a further indication that duocarmycins are ideal candidate payloads in ADC development.

As a pioneer in antibody manufacture, Creative Biolabs devotes itself to innovative biological products development and provides high quality services to meet every client’s requirements.