Creative Biolabs summarizes a short overview of Enoblituzumab, which consists of definition, mechanism of action, and clinical projects.

Enoblituzumab (also referred to as MGA271) is an Fc optimized humanized IgG1 monoclonal antibody that binds to B7-H3 (CD276), a member of the B7 family. This drug was developed by MacroGenics, Inc. that can be potentially used in the treatment of Solid tumors. Enoblituzumab is Fc-engineered with 5 amino acid substitutions to enhance binding to the activating FcγR and decrease binding to the inhibitory FcγR. Pre-clinical studies show that, in human CD16A-bearing transgenic mice, MGA271 exhibited potent antitumor activity in B7-H3–expressing xenograft models of renal cell and bladder carcinoma. To date, approximately 180 patients have received enoblituzumab monotherapy in a phase I study, with good tolerability. To determine the anti-tumor, immunological and biological effects of B7-H3 inhibition in high-risk localized pancreatic cancer, MacroGenics is currently conducting a neoadjuvant and pharmacodynamic phase II study.

Mechanism of Action of Enoblituzumab

During an immune response, naive T cells engage their T-cell receptor (TCR) to interact with a complex of MHC and peptide expressed by antigen-presenting cells (APC). Interactions between members of the B7 ligand family and the CD28 receptor family provide T-cell co-stimulation and co-inhibition, regulating T-cell activation and tolerance, exhaustion and effector function, differentiation, and memory generation. B7-H3, also known as CD276, is an immune checkpoint molecule belonging to the B7-CD28 pathways. B7-H3 has limited expression in normal tissue but high expression in many cancers including melanoma (M), squamous cell cancer of the head and neck (SCCHN) and non-small cell lung cancer (NSCLC) and its overexpression correlates with poor prognosis in a broad range of cancers suggesting a potential role in enabling tumor immune escape. The B7-H3 pathway has a dual role in contributing to the regulation of innate immune responses. One study found that neuroblastoma cells express B7-H3 on their cell surface, which protect them from NK cell-mediated lysis. Another group argues that B7-H3 co-stimulates innate immunity by augmenting proinflammatory cytokines release from LPS-stimulated monocytes/macrophages, in both a Toll-like receptor 4- and 2-dependent manner. A larger body of literature suggests that B7-H3 plays an important role in T cell–mediated adaptive immunity. Enoblituzumab is an Fc-domain optimized, humanized monoclonal antibody directed against cancer stem cells (CSCs), with potential immunomodulating and antineoplastic activities. After binding of enoblituzumab to an as of yet not elucidated target expressed on CSCs and differentiated tumor cells, this agent may induce an antibody-dependent cell-mediated cytotoxicity (ADCC) against CSCs. In mice, weekly doses of MGA271 in both renal and bladder carcinoma xenografts resulted in sustained tumor growth inhibition, effects that were Fc mediated. 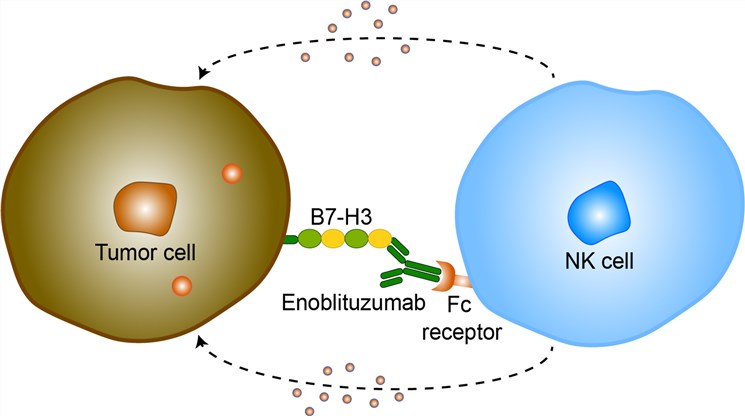 Fig 1. Mechanism of Action of Enoblituzumab

We provide high-quality (IgG1, κ type) for use in immunoassay techniques such as: Enzyme-Linked Immunosorbent Assay; Immunohistochemistry; Immunofluorescence; Immunoprecipitation; Flow Cytometry; Functional Studies. For lab research use only, not for diagnostic, therapeutic or any in vivo human use.

Reference
*The table was excerpted from the following website
https://clinicaltrials.gov/ct2/results?term=Enoblituzumab