Mechanism of Action of Polatuzumab vedotin

The therapeutic target molecule CD79b is a transmembrane protein expressed on the surface of B-cells as part of the B-cell antigen receptor complex. CD79b plays a critical in expression and function of the B-cell antigen receptor together by forming a disulfide-linked heterodimeric complex with Ig-alpha. In addition, CD79b is expressed on the surface of almost all types of malignant B-cells. Thus, targeting CD79b therapy for B-cell diseases has become a new strategy. Polatuzumab vedotin is a first in class antibody-drug conjugate targeting CD79b in combination with bendamustine plus rituximab for the treatment of DLBCL. Studies have shown that polatuzumab vedotin effectively and selectively kill cells expressing CD79b in some in vitro models. Polatuzumab vedotin contains anti-CD79b monoclonal antibody produced by mammalian cells and a chemical synthesis molecule MMAE, and a cleave-able citrulline-valine (VC) linker. The drug-to-antibody ration of polatuzumab vedotin is 3.5. The mechanism of polatuzumab vedotin is just like other ADC. Upon administration, polatuzumab vedotin selectively binds to B-cell surface antigen CD79b, promoting the internalization. Once inside the cell, proteolytic cleavage makes the MMAE release and then bind to microtubules, leading to a G2/M phase arrest and tumor cell apoptosis. 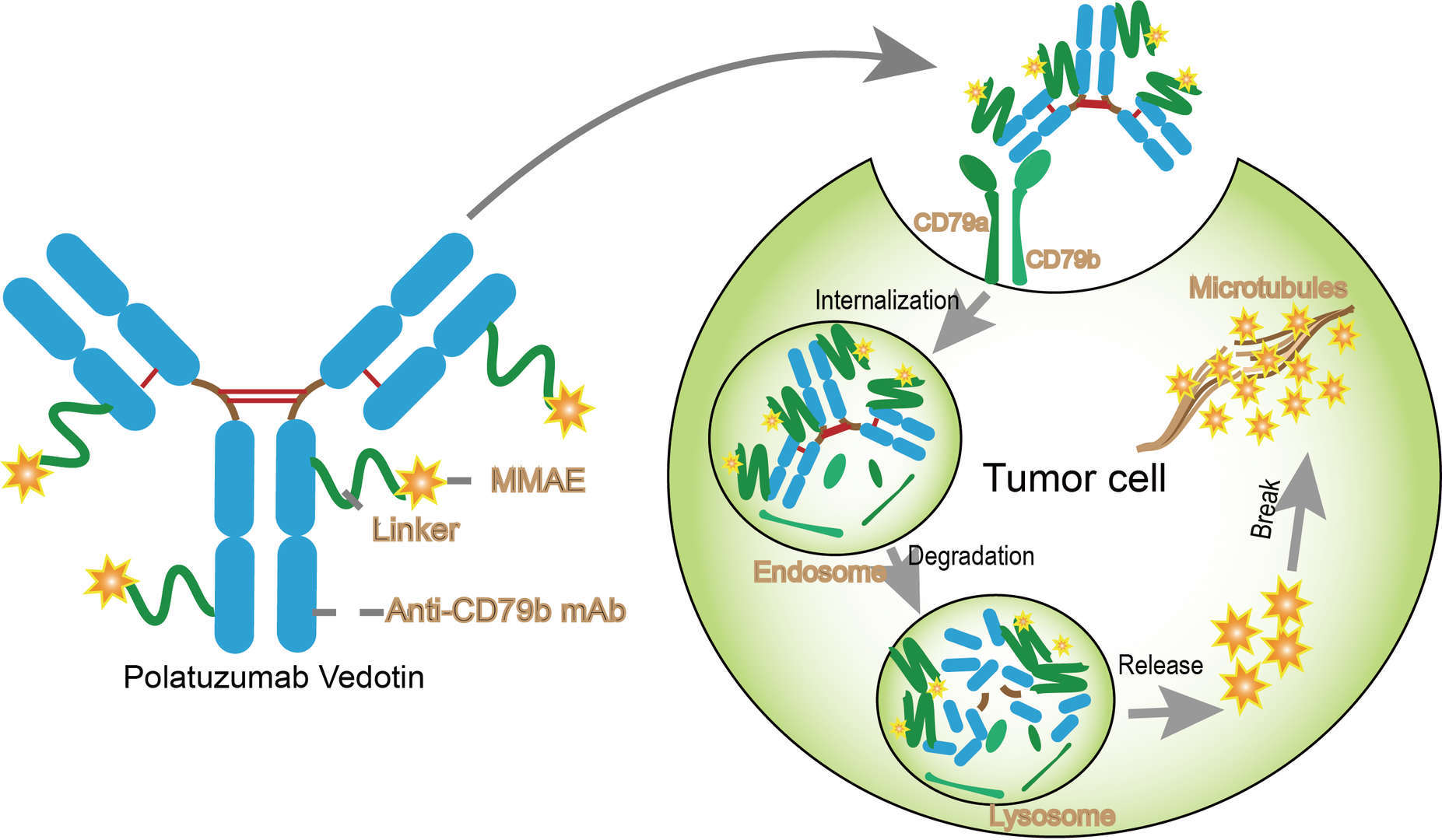 We provide high-quality Polatuzumab (IgG1κ type) for use in Neut, ELISA, IF, IP, FuncS, FC, ICC and most other immunological methods. For lab research use only, not for diagnostic, therapeutic or any in vivo human use.

References
* The table was excerpted from the following website
https://clinicaltrials.gov/ct2/results?cond=&term=Polatuzumab+vedotin
** Information presented in the table were collected from the following website:
https://www.accessdata.fda.gov/scripts/cder/daf/index.cfm?event=overview.process&ApplNo=%20761121
https://www.ema.europa.eu/en/medicines/human/EPAR/polivy
http://search.tga.gov.au/s/search.html?collection=tga-artg&profile=record&meta_i=314866