Urtoxazumab, as known as TMA-15, is a recombinant humanized monoclonal antibody (MAb) of IgG subclass IgG1 against diarrhoea caused by E. coli, serotype O121. The drug is designed to bind to the B subunit of Shiga-Like Toxin II (Stx2) of this bacterium, so that this pathogen can be more easily broken down and eliminated from the body. Urtoxazumab has been shown to neutralize Stx2 in vitro and to completely prevent mortality in animal models of severe STEC (a group of E. coli) infection and Stx2 toxin inoculation. Two studies were designed to examine the safety and pharmacokinetic (PK) profiles of urtoxazumab in healthy adults and STEC-infected pediatric patients. The phase 1 study with healthy adults was a first-in-human, dose-escalation, single-dose safety trial. Following its completion, a randomized placebo-controlled study with STEC-infected pediatric patients (sequential dose escalation, followed by parallel group treatment) was conducted. Simultaneously, urtoxazumab, previously shown to be safe in human patients, provides significant protection against brain lesions, neurological signs, and death resulting from brain involvement when administered within 24 h after the onset of enterohemorrhagic E. coli (EHEC) infection in the neonatal gnotobiotic piglet model. These results suggest that TMA-15 may potentially prevent or reduce vascular necrosis and infarction of the brain attributable to Stx2 in human patients acutely infected with EHEC.

Mechanism of Action of Urtoxazumab

Strains of Shiga toxin (Stx)-producing Escherichia coli (STEC) are important foodborne pathogens, causing severe illness in humans, including hemorrhagic colitis and hemolytic uremic syndrome (HUS). STEC isolates from cases of hemorrhagic colitis and/or HUS, or those strains that contain the genes for production of Shiga toxin (Stx), and an adhesin known as intimin, are classified as enterohemorrhagic E. coli (EHEC). About 40% of HUS cases stemming from EHEC infections require acute dialysis, and brain involvement is the most frequent cause of acute death. EHEC strains produce either or both of the two main types of Stx, viz., Stx1 and Stx2. These toxins bind to their receptor, viz., globotriaosylceramide (Gb3), on the plasma membranes of cells in host tissues, with particular targeting and significance involving the renal microvascular endothelial cells in the human host. Stx-mediated injury to endothelial cells results in apoptosis, inflammatory cytokine release, and upregulation of leukocyte adhesion molecules. These effects lead to a prothrombotic state resulting in hemorrhage and thrombosis in the tissues of vital organs, especially the kidneys and brain, with development of the HUS and brain infarcts. Central nervous system (CNS) dysfunction is the main cause of acute death in the human patient and is thought to involve a combination of effects that include Stx-induced vascular injury, endothelial dysfunction, hypertension, and electrolyte disorders. Currently, no approved treatments are available that directly combat or prevent EHEC infection or disease resulting from infection. The therapeutics that have been most extensively developed and tested are monoclonal antibodies (MAb) to Stx1 and Stx2. A study reported the development of a mouse MAb of the immunoglobulin G1 subclass, having k light chains that could neutralize the cytotoxic activity of Stx2 and variants derived from patient strains, but not that of variants from animal-derived strains. The Mab, called VTm1.1, was shown to bind to Stx2 B subunits. Subsequently, VTm1.1 was humanized by combining the complementarity-determining regions of VTm1.1 with appropriate human framework and constant regions. In order to further improve binding affinity, several amino acids were changed, which also reduced its potential for stimulating anti-immunoglobulins in humans. The resultant humanized antibody, called urtoxazumab, retained affinity for Stx2 at a level within two-fold of that of the original murine antibody. Animal experiments have been used to test the efficacy of TMA-15 and demonstrated that urtoxazumab prevented death in mice challenged with Stx2. 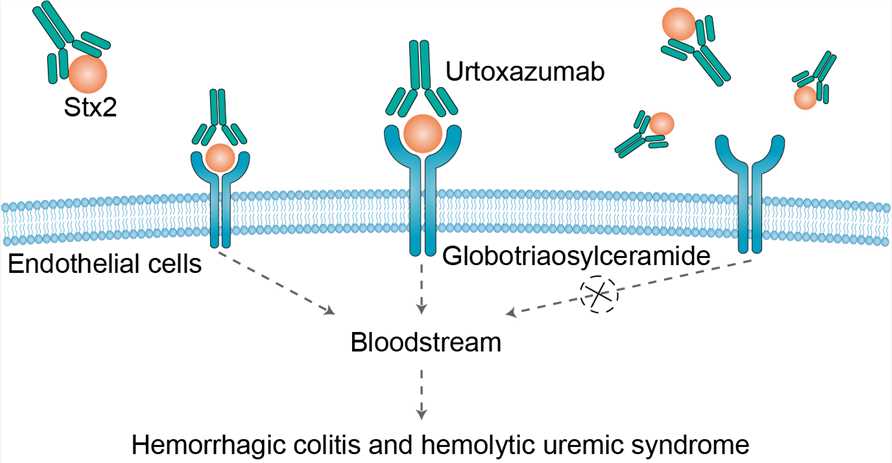 Fig 1. Mechanism of Action of Urtoxazumab