Immune diseases are caused by abnormal functions of the autoimmune system. 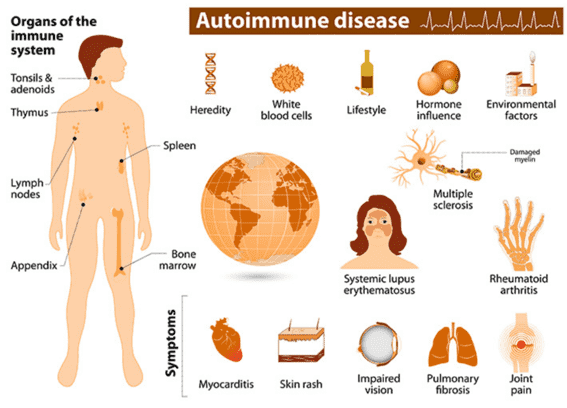 The immune system is a sophisticated and highly effective system that shields the human body from alien or hazardous invaders. It is specific, inducible, and adaptive. However, faulty identification or other inherent defects can cause the defensive function to fail and even induce the immune system to attack the body itself. This condition is classified into three categories: immune deficiency, autoimmunity, and hypersensitivity. Common immune diseases are listed as follows:

Autoimmune disease means that the body produces an immune response to itself. Autoimmune reactions can occur in a number of ways:

An allergic reaction is an excessive immune response to a generally harmless foreign antigen. Allergens may cause allergic reactions after contact with skin or eyes, inhalation, ingestion or injection.

Prevention and Treatment of Immune Diseases