PI3K-Akt signaling pathway is one of the important signal transduction pathways in cells. It is involved in regulating cell metabolism, growth, proliferation, survival, transcription and protein synthesis by affecting the activation of downstream effector molecules. The main components of PI3K-Akt signaling pathway are phosphoinositide3-kinase (PI3K) and protein kinase B (AKT/PKB). In addition, receptor tyrosine kinases (RTKs), phosphatidylinositol 4,5-bisphosphate (PIP2), phosphatidylinositol-3,4,5-triphosphate (PIP3) are also involved. PI3K exists in the cytoplasm and has the dual activities of protein kinase and phospholipase. PI3K can be divided into three categories, and their structures and functions are different. Among them, class I PI3K, the most widely studied, is a heterodimer composed of a catalytic subunit (p110) and regulatory subunit (P58) (contains SH2 and SH3 domains). Under normal conditions, PI3K is inactivation as the combination of p58 and p110. A variety of growth factors and signal transduction complexes such as fibroblast growth factor (FGF), vascular endothelial growth factor (VEGF), human growth factor (HGF), vascular protein I (Ang1) and insulin can initiate the activation of PI3K. There are two ways in which PI3K is activated. One is the PI3K interacts with a growth factor receptor contained phosphorylated tyrosine residues, resulting in a conformational change of the dimer and activation of PI3K. The other is the direct recognition and binding of Ras and p110 to lead to the activation of PI3K. Activation of PI3K leads to the transformation of PIP2 to PIP3. As the second messenger, PIP3 binds to the intracellular signal proteins AKT contained PH domain and phosphoinositide dependent kinase-1 (PDK1), which promotes the phosphorylation of Ser308 of AKT protein by PDK1 and leads to the activation of AKT. AKT is a key protein downstream of PI3K, which exists in the cytoplasm. AKT includes PH domain, catalytic domain and regulatory domain. Deletion or mutation of PH domain will lead to the decrease and inactivation of AKT activity.

PIP3, generated after PI3K activation, recognizes and binds to the PH domain of AKT, resulting in the transfer of AKT from the cytoplasm to the cell membrane. At the same time, the conformation of AKT changes, exposing threonine protein and serine protein. When threonine and serine were phosphorylated by PDK1 and PDK2 respectively, AKT was activated. The activated AKT was transferred from the cell membrane to the cytoplasm or nucleus, and then continued to target downstream signal molecules, such as mTOR, Bad, Caspase 9, cyclin D1, nuclear transcription factor κB (NF-κB) and so on. 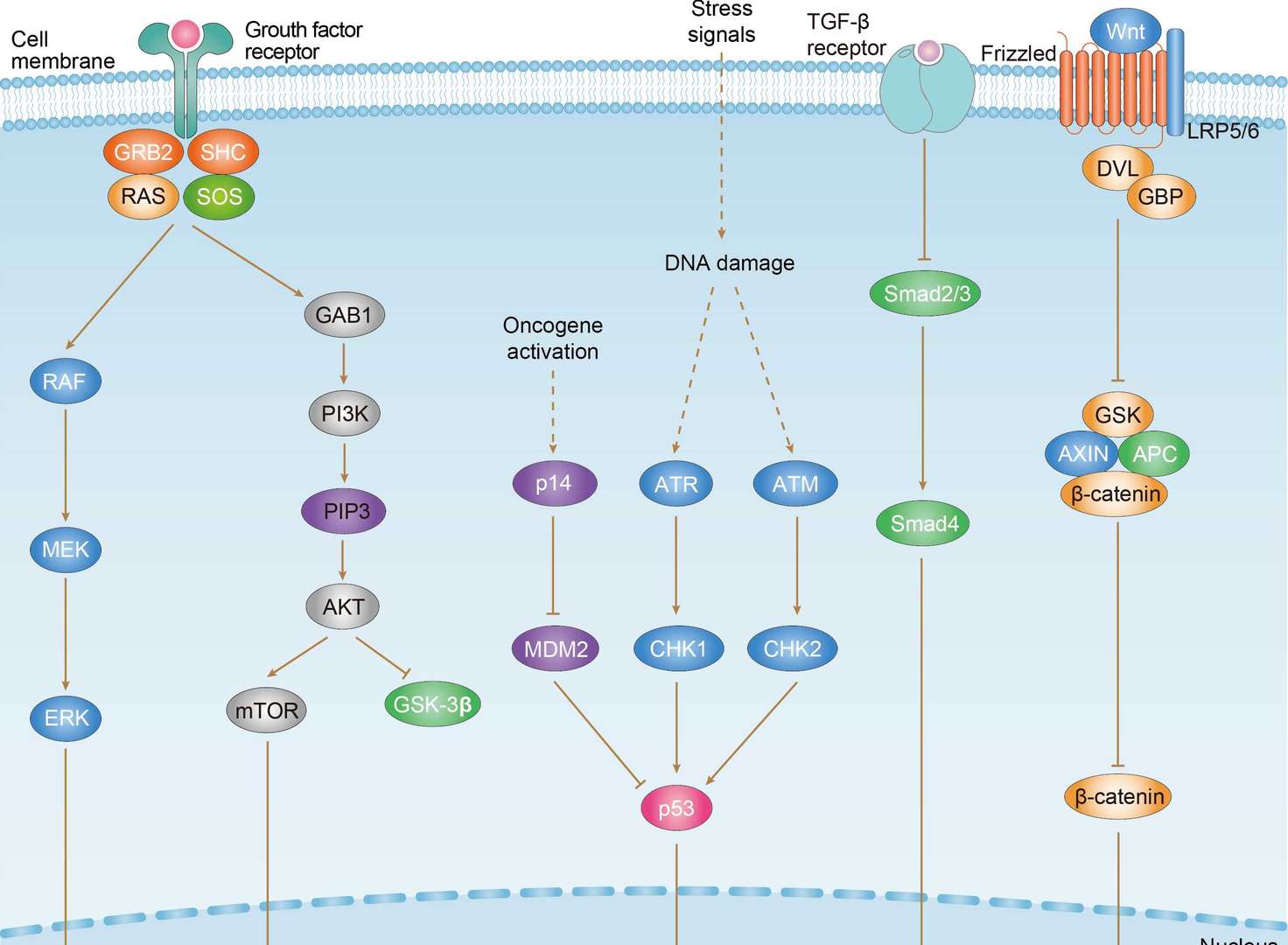 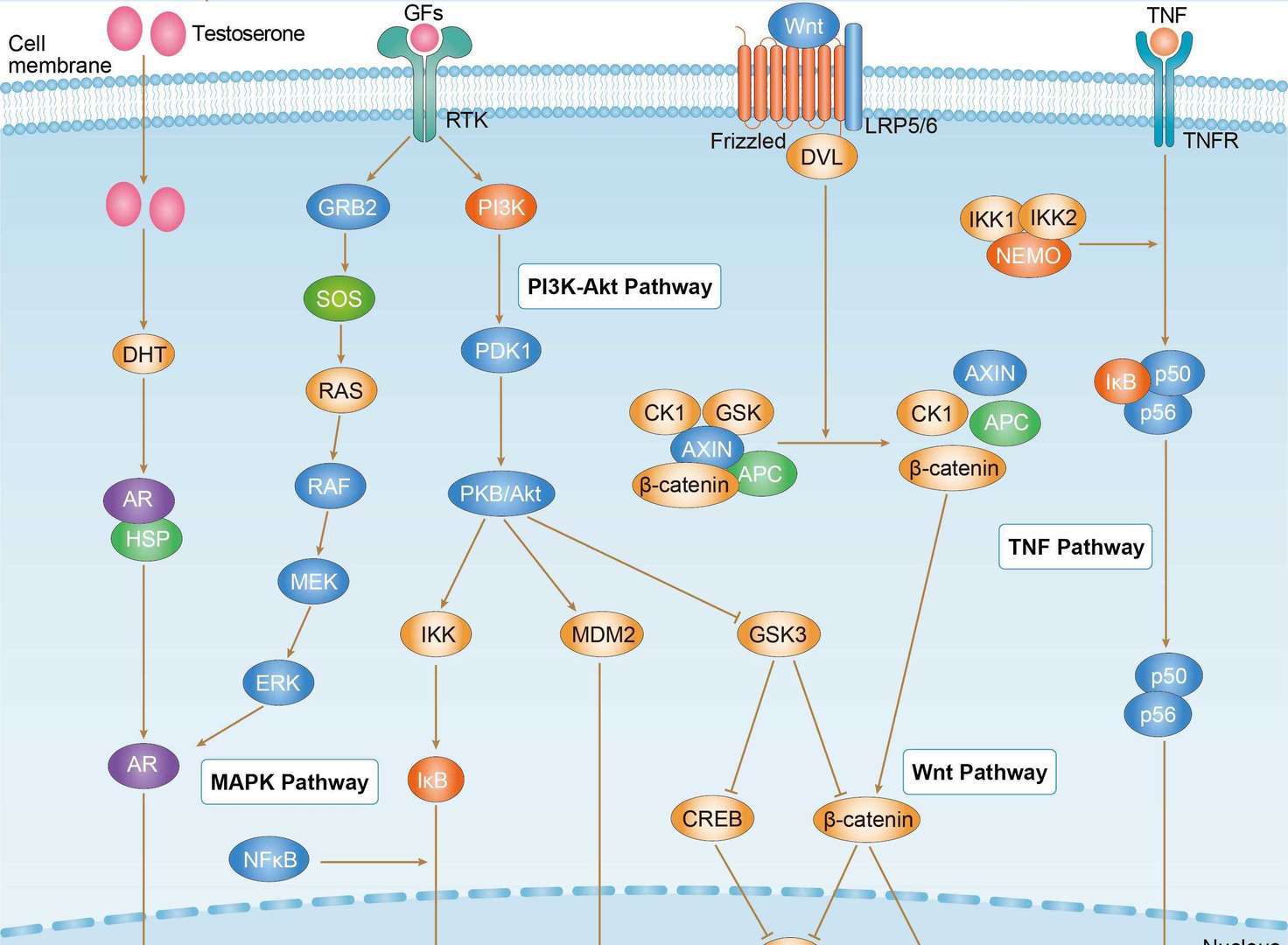 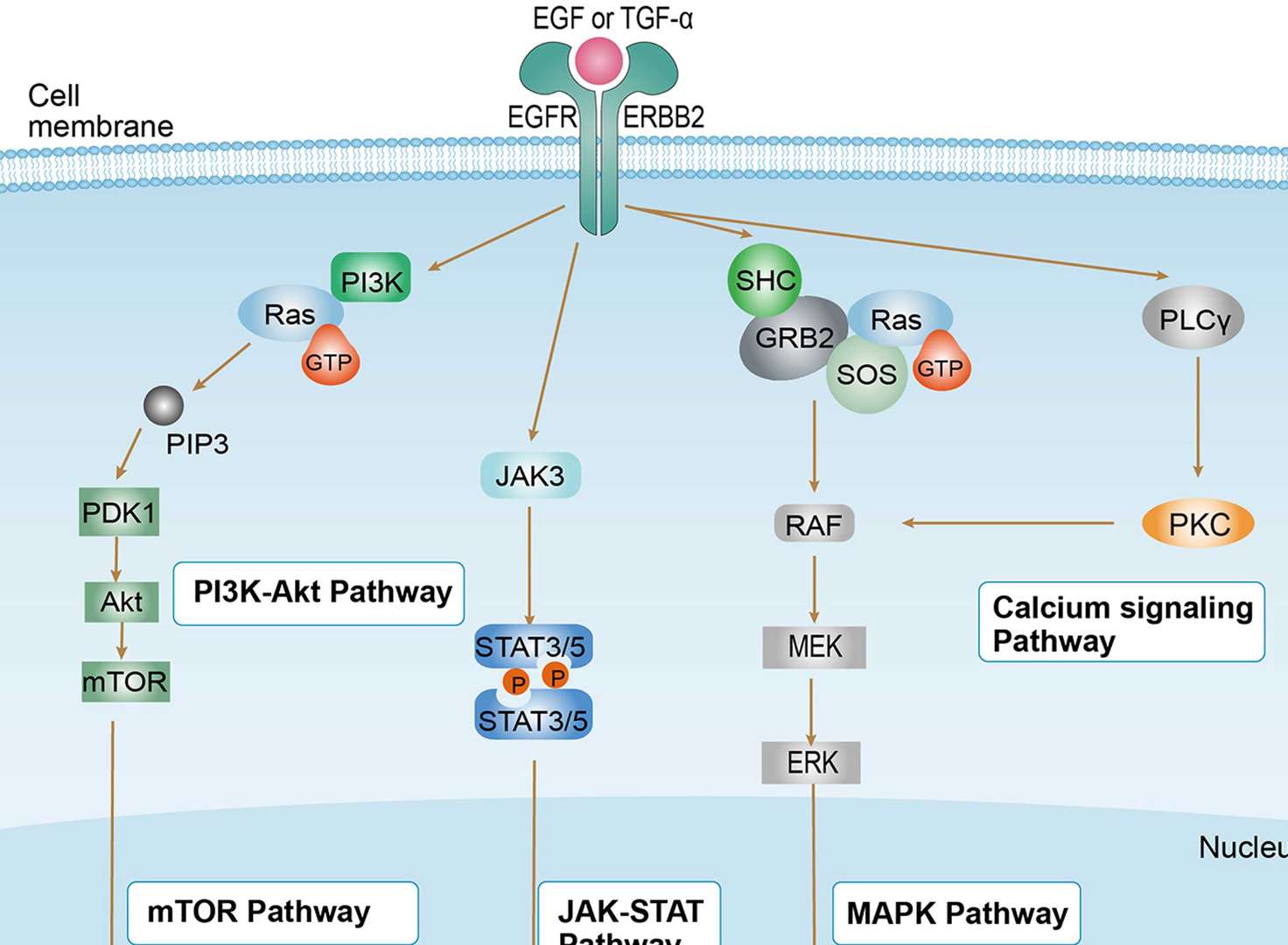